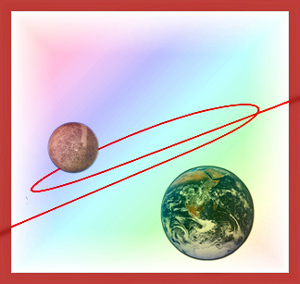 So now toasters will explode, PCs will crash one after the other, and the simplest coordination between the head, feet, and hands will get out of control. Because Mercury has been retrograde since yesterday (Monday, 10/21) around 12:28 p.m., suspending all physical laws and moving backward through the zodiac since then. In any case, this is how it seems from our perspective as earthlings. Several thousands of years ago, this must have appeared like a wonder to nighttime observers: God's hint that something was not in order, that his plan was disturbed, and that evil powers were involved in case of doubt.

We now know that everything is fine, that neither Mercury nor the other planets turn on their heels at some point and become cosmic wrong-way drivers. All of this is just an appearance, an illusion that is created from a certain perspective. So does this mean that all of the astrological classifications in this respect are just deceptions?

Yes and no would be the clear answer. If yes, then the solar system still functions properly and Mercury is neither faster nor slower than otherwise but just continues to make its rapid orbits around the sun. But astrologers always work more with the appearance than the cold facts, and even just the geocentric standpoint expresses this. In a reality that is primarily influenced by our perception, it is therefore very legitimate to weigh something that we know only exists as an appearance.

Which brings us back to the exploding toasters. These continue to be subject to the previous laws of nature – unless we would now like to philosophize on the perception of toasters, computers, or injection pumps. Otherwise, if something breaks during Mercury retrograde, this is still generally related to the principle of transience.

But what we can certainly assume that things like purely human operational errors will be more frequent since the user and owner of the toaster are subject to the retrograde appearance. Because Mercury, as the carrier energy of all information, slows down extremely at the start and end of every retrograde phase up to a point in which it virtually seems to fall out of time when its movement energy seems to approach the absolute zero point. 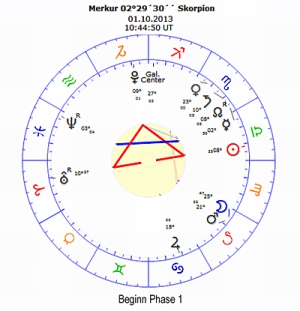 And speed is actually a specific characteristic of the individual planets. The simple formula is that the further a heavenly body is from the sun, the longer it requires for a complete orbit around our main star. This may also be one of the reasons why the transits of slow-moving planets such as Saturn, Uranus, Neptune, and Pluto can be so extremely strenuous. Not only because their specific energy is so demanding but, above all, because all of the experiences related to it can drag on for weeks and months, and sometimes even years.

While the Moon transits – and in a certain sense, also Mercury and Venus transformations – tend to run through our life in a rather light-footed and fast way. Unless they become slower and slower until they ultimately almost stand still. Just like Mercury, which has replaced even Pluto and Neptune in this hierarchy as of this morning. A certain degree of self-observation can be helpful at such moments, especially when the position of Mercury interacts with our own natal chart positions in a serious manner.

If this is also confirmed in the mundane planetary positions, which means that similar winds are also blowing here, then we may have the one or the other bewildering experience. After all, Mercury is in Scorpio right now and still close to Saturn. This means that all of the birth years for whom Saturn is also located there will be especially affected by this retrograde.

This does not necessarily manifest immediately as the worst blocks or the like; quite to the contrary: our thinking can now become very concrete and practical. People who write may develop an endurance and consistency that had otherwise been rather difficult; thoughts may now take on an extremely plastic form in the inner space and appear to be almost tangible. So if we succeed in directing the energy to constructive topics, we can very much call this a blessing; but if this tends to involve negatively connoted contents, chances are that it will be more of a curse.

The now deadlocked ideas will be difficult to resolve in the coming days and must presumably be taken up time and again, considered from all sides, dissected and taken apart in a Scorpionic way, and finally reduced to their ultimately substance with a Saturnal approach. In the most favorable case, the end of this phase finds us capable of summarizing a story or perception that we had previously just explained in an extremely excessive and comprehensive way into just one sentence.

In the least favorable case, our own thoughts turn into bulwarks or walls behind which we have entrenched ourselves because we are so convinced that things can only be like this or that and never different. Which means that we are no longer capable or willing to differentiate between reality and our thoughts. 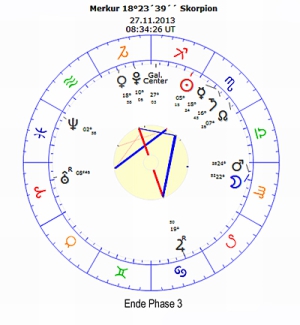 Fortunately, the trine to Jupiter (which is also just about to go into its retrograde) also exists in the mundane positions, so we can hope that an increase in insight also occurs in most cases. So this is generally a time in which it is worthwhile to more deeply explore the important themes in life and once again consider them from various aspects in order to initiate concrete implementations or consequences at the end of this phase. This means that it is better to avoid hasty reactions since they usually backfire.

The phases of every retrograde motion can be divided into three parts. Phase One basically already begins – as in the current example – when Mercury reaches the point in the Zodiac that it will once again transition through at the end of its retrograde phase. In our case, this occurred on October 1. In principle, all of the important topics will now appear for the first time, both from the global perspective and for each individual. Everything that now becomes significant is effectively the ground upon which we must also walk in the following period of time.

Phase Two begins with the actual retrograde motion, which was rung in today. During the next three weeks, these topics will now be revised or – more precisely – worked through. This tends to involve analysis, which is why we separate the wheat from the chaff as we differentiate what is essential from the non-essential. The search for possible causes of obstacles and problems can now be helpful if we do not get endlessly caught up in the details. Phase Two ends on November 11, which is when Mercury will once again become stationary around 10:12 p.m., briefly falls out of time, and becomes more impressive than even Pluto as a result. But his movement reverses direction again and returns to normality.

This moment heralds the start of Phase Three: Now all of the previously processed topics are illuminated once again, but with the prospects of the future. It would now be advisable to complete the analytic processes and examine all of the topics with regard to their living implementation. Because a healthy dynamic now also rules in the mental area; the appearance once again more closely approaches reality.

And in the end, when Mercury has once again crossed the starting point of its actual retrograde phase, something new may have been created. Something that has a well-founded basis since we have taken the time to approach all of the important topics in a process-like manner and therefore also show enough substance to integrate future transformation requirements without immediately becoming faceless as a result. 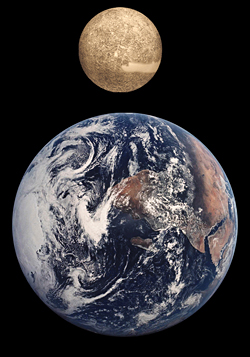 But the areas of life in which all of this will manifest for each individual cannot be deduced from just the mundane order of events. The comparison with the natal chart (transits, directional triggers, etc.) may provide better points of reference, especially if we orient ourselves upon the starting and end point in time for the overall phase. However, these two event charts could also be used to create a time-Davison Relationship Chart that can also be compared with our own birth picture. True researcher souls will also add the heliocentric points of reference and/or release charts; this tends to show more of the energetic topics that – when skillfully linked with the geocentric pictures – provides information on causes and effects (and/or implementations).

Taken as a whole, it would be better to speak of complexity in relation to retrograde planets instead of a deficit. Something shifts and deepens, only finding its expression after a certain period of experience and conflict. Which should compulsorily also lead to more awareness in relation to the corresponding topics – unless we feel that the related requirements are bothersome and too strenuous.

Then the new toaster may actually explode, we can no longer remember our own telephone number, or we once again forget an important anniversary. However, if we are constantly confronted with wrong-way drivers on the highway who wildly honk and flash their lights at us during this phase, it would be advisable to remove the foot from the gas as quickly as possible, carefully pull over to the side of the road, and perhaps rethink our own standpoint.

Appendix: All Retrograde Phases of the Planets in 2013