Time reaches for a Murderer 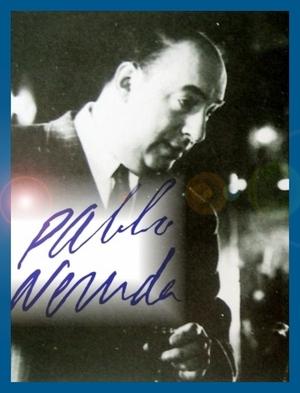 The actual story was that he died a natural death many years ago -- if this term can even be applied to cancer as a disease. But it is possible that Pablo Neruda, one of the greatest poets of the last century and a person with a repeated emphasis in the zodiac sign of Cancer, may have been the victim of a poisoner back then. He certainly experienced difficult times in the astrological sense: In September of 1973, Saturn went direct and Pluto moved from the square just above his difficult conjunction of Mars-Neptune in the 8th House. Especially due to the involvement of the Pisces Lord, the new murder by poisoning hypothesis is ultimately not as far-fetched as it may sound at first glance – particularly since it comes from the police, more than 40 years after the incident. The investigation has now been reopened with an extreme delay.

A confidante of the poet (his chauffeur and secretary) had long claimed that Augusto Pinochet had the Nobel Prizewinner killed due to his sympathies for the Allende Government and because he could have become a problem after the putsch. What was initially dismissed in the world as classic legend creation cannot be so easily denied when seen in astrological terms. In the horoscope comparison, the dictator places his Pluto on Pablo Neruda's Mars-Neptune and this illustrates his Pluto transits at the time of death far too well for these correlations to be simply construed. In all of his passion and eloquence, the poet was already a type of shadow for the general. His Sun is reflected directly on Neruda's gateway in Cancer: his strength of soul, love of existence and inner homeland, which he painted with words like hardly anyone before and after him.

Where Pinochet has a Cancer Moon that is just as wistful/melancholy and dramatic as that of Neruda but blocked by the Saturn conjunction, the former tends to live his persona of the Sagittarius Sun. On the other hand, the reality images of the artist – who was ten years older – develop with a lightness and magnitude that can drive smaller minds (above all, those controlled by emotional anxiety) to unusual deeds. If it was murder, then not just one of calculation but passion and envy about an existence that Pinochet must have killed within himself at an early point in time.

The Chilean police are now searching for the facts about a man who was supposedly involved in the death of Pablo Neruda. He is said to have been tall, blond, and blue-eyed: the typical category of the film hero that is almost too striking as to presume that it occurs in reality. But under such transits as Neruda’s, many things are possible that would otherwise seem like a fairytale or taken directly from a B movie. That mysterious stranger (as only revealed recently by the physician who allegedly was present at the poet’s death) who claimed that he was a doctor, the murder by poisoning, the most vehement transits, and political enmities: All of this is woven into a fabric that also comes from the Neptunian, which served the literary man with Mars-Neptune as an inner wellspring throughout his lifetime.

With the full 8th House (and its ruler in his own, very sensitive sign), Pablo Neruda descended increasingly into the depths of the soul's underworld. He was a diver into the emotional realm, someone who drilled into the household of feelings but also fought throughout his life against the developments of fascism. All of his actions still speak for the correctness of his not entirely stable birth time. The constructively lived Plutonian – which people with the 8th House so often can bring into the world as an "antidote" for the chronic cage of power and helplessness in their feelings – ran through his life in a complete and powerfully eloquent manner.

The mysterious stranger by the name of Price, who may have given the 69-year-old a poisonous injection, is now suspected to have been a CIA double agent. This also fits in outstandingly with Neptune, Mars, the Sun, the Moon, Venus, and Mercury in this field for Neruda. Pluto is the spy par excellence, the seeker and finder that encodes secrets as the long arm of Scorpio and creates new ones that otherwise just Neptune keeps like this in the eternal flow. Pinochet has Mercury in Scorpio, which is the tendency toward intrigues, encryptions, and a strong power problem - and this is joined by a lively Uranus in Aquarius in the 8th House, which can suddenly go crazy when it comes down to its essence, the substance, and its sense for threats. Just like Jupiter, Uranus can be paranoid. Saturn as Lord 8 stands at the closed Moon in Cancer due to Saturn here; from the perspective of the dictator, this may have predestined someone like Neruda to be a fabulous player of the victim role in the perpetrator cosmos.

But from the astrological perspective, it is also possible that a woman could have played a role in his death – in addition to the distinctly Plutonian interconnections that can indicate brutal murders (which is not rare, especially in relationship to Mars). This is because Lilith (the scapegoat and manipulator) stands in almost exact opposition to the mundane Saturn with the North Node and in the square to Pluto. At that time, shortly before his death, all of these elements worked together to illuminate – or actually darken – Neruda's Mars-Neptune. On the Axis 2 (his birth time really does not have a good rating), this clearly speaks of boundary encroachments from the female side. These clear the path for the Plutonian death aspiration in the first place and serve as a door opener for it. Someone or something must open the boundary in House 2 so that the injury in the attachment to reality can penetrate into House 8.

According to the new developments in a case that is more than 40 years old and was not even a case up to now, many things are currently still unclear and completely open once again. It appears certain that there is new evidence. Neruda was exhumed in April because of the vague suspicion precisely at the point in time when he once again -- this time from Capricorn -- posthumously had the same Pluto transits through the 8th House planets as at the time of his death. But when the poet died, Uranus (next to the above-mentioned Plutonian and Saturnine transits) stood very close in the square to his Mercury-Venus conjunction. Neruda's resistance was intensely crippled in any case. A sudden event (and this does not mean death itself) may have affected him and once again dominantly weakened him.

The description of the presumed double agent is said to indicate a man by the name of Michael Townley; he had cooperated with the Chileans for the USA over a period of time. Since he was born in 1942 but without a precisely known date, the only aspects that can be determined in the astrological sense are the slow runner. This includes the birth Neptune, which has a sharp opposition of Uranus and Pluto in the radix of the poet. If the birth time is correct, Pluto is the natural significator for all 8th House problems here, as everywhere else, as an approach for the (co) description of the death circumstances with which the Neptune of the suspect would begin. This means that the CIA man does not fall through the grid that is "necessary" for such a death but completes it.

Traces of poison have supposedly already been found in Pablo Neruda's corpse by using modern methods, but whether or not these are just strong medications will only be certain after further tests. These were used to fight the cancer that the poet definitely also had. However, the combination with Pinochet still provides triggers today: Its Jupiter is located at 11 degrees Libra and – as the conflict-oriented connection including the suspicion is turned into a problem and pulled out of its deep hole – it is activated by the mundane square between Uranus and Pluto.

At the time of Neruda’s death, Uranus was in the square to their mutual Moon-Neptune – a subliminal gender competition. Yet, the astonishing thing is that Neptune (as the planet of insidious poisoning) still moved within the orb of both Mars at that time, which repeats the poet’s death aspect on an entirely different level. If his ascendant status of Sagittarius is correct, the Pisces Lord was already on the way to the rising sign and in the process of once again repeating the already existing (death) constellation through the 1st House as the Mars analogy. This would doubly strengthen the poison hypotheses from the astrological perspective. That Pinochet's Sun revolted after a recently lapsed Neptune transit in conjunction (of all things) is probably due to his water trigon that offers a large amount of vague, subliminal opportunities to jump on the starting train with Mercury, Jupiter, and Moon-Saturn.

"Fate" has no ethics – just in case anyone bases their assumption on such a term in this strange story by way of exception. The approaching mundane water trine (which itself is trigonal to Neruda's Cancer constellations) will bring the truth to light one way or another. The man who understood the entire world as a mother since his own died when he was just four weeks old and expressed his connection with the soul sign of Cancer in such a completely soft and dignified manner, deserves this clarification. His burial with the greatest commiseration by the people was called a symbolic "funeral of freedom" by the lioness Isabel Allende.

In his Ode to the Atom, the poet – as clairvoyant as he could be – almost described the possible history of his death, even if he probably did not even realize it. But perhaps he sensed it:

Infinitesimal star, you seemed forever buried
in metal, hidden your diabolical fire.
One day someone knocked at your tiny door;
it was man. With one explosion, he unchained you,
you saw the world, you came out into the daylight,
you traveled through the cities, your great brilliance
illuminated lives, you were a terrible fruit of electrical beauty,
you came to hasten the flames of summer,
and then wearing a predator's eyeglasses, armor,
and a checked shirt, sporting sulphuric mustaches,
and a prehensile tail, came the warrior and seduced you:
sleep, he told you, curl up, atom...