Voyager - Beyond the Magic Boundary 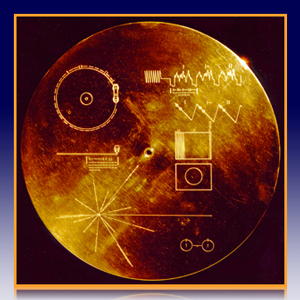 Almost unnoticed by the world's hubbub on our blue planet, a truly historical event has occurred: Presumably on August 25 of last year, an object created by human beings left the inner circle of our solar system, the heliosphere, for the first time. Voyager 1 is now in interstellar space, where the solar wind is at most a balmy breeze. This is reason enough to also examine this journey astrologically because something like this definitely raises questions related to the model of astrology. And as strange as it sounds, the Voyager project may also offer a few new insights here.

The first question – "Can the astrological model even be transferred to a soulless machine?" – is quickly answered. No. If we had data on the point in time that the Voyager probe was "switched on" for the first time, this would express something about its functionality (for example, when certain systems are endangered, how they work together under certain conditions, etc.). But since this point in time is unknown, there is just one other astrological approach. We take the travel data as the starting point.

The adventure began on September 5, 1977. At 10:56 a.m., Voyager took off from Cape Canaveral with the help of a booster rocket. However, the Project Voyager already began two weeks earlier; Voyager 2 already started on August 20 at 12:26 p.m. But due to a different trajectory, number Two was soon overtaken by number One. In this sense, both pictures hold certain relevance: The starting signal shows the individual processes for the respective probe, but the start of Voyager 2 can also be considered as the symbolic manifesto for the Voyager Project as a whole.

And lo and behold: There is a Moon-Uranus conjunction, almost exactly at an AC of 10° Scorpio. If we take the Moon as a symbol for the homeland and the origin, Uranus as the principle of upheaval and radical renewal, and the AC as an expression of the individual basic task that should be sought and fulfilled during the course of a lifetime, then this combination shows the fundamental meaning of this project. The origin principle is transformed away from the planetary orientation (after all, the Moon is just a satellite of our planet) to an understanding in which even our Sun is just one of countless many stars.

Seen in this light, this is a journey to the inside, to the innermost roots, and to our own past. And this is true because out there, beyond the heliosphere, is the actual homeland of all life. When expressed freely according to Gurdjeff and his question "Who were you before the birth of your parents," this means here: "What were we before the birth of the Sun and all of the planets?"

Part of the entire cosmos and the whole universe is the answer. And presumably also part of the many dark suns, which we now call black holes. From this perspective, Voyager is also on a search for our true origin. And as is necessary during such a search, we must leave what is "old" behind us and go into the "beyond." In this case, this is simultaneously also the deepest darkness. Which gives even the Scorpio-AC at the start a comprehensible significance.

Astonishingly, this can also be found again in the start of Voyager 2. And this shows why Voyager 1 has conquered space more quickly than number Two. The classic ruler of the AC is Mars, and this in turn has a precise conjunction with Jupiter within one degree. This is the principle of seizing space and expansion, which also has a direct effect on the speed of Voyager 1. It is simply faster. In addition, it has something in its travel chart that every major task also requires: challenge and tension, expressed through the T-square between the Moon and Neptune (exact opposition), with Sun-Mercury at the Apex.

But all of this is related to only the point in time when the Voyager was still standing "with both legs on the ground." 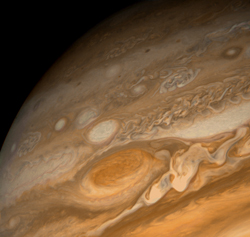 But how can we study something astrologically if the object has left the Earth's sphere of influence? If we follow the original principle that the subjective standpoint is always crucial for the calculation of a radix chart, as well as its triggers, then we simply cannot continue with the geocentric perspective. It obviously still applies to everyone who is connected with this project: the scientists and researchers here on Earth. But different conditions apply to the Voyager itself. The position of the planets (no matter which background they may have) changes dramatically in comparison with the geocentric image. This is a change of perspective that has its consequences.

Something that could only have been considered in the theoretical sense hundreds of years ago can now be calculated relatively precisely and displayed as an image. And we discover some astonishing things in the process.

When Voyager 1 passed Jupiter on March 5, 1979, this already radically changed the picture of the planet locations. Because from Jupiter's viewpoint, there is hardly any space between the inner planets – which, as we know, also include the Earth. They are all located relatively close, together with the Sun. This is an image that is similar to what we know of the Sun and Mercury from the geocentric viewpoint. So from Jupiter's perspective, there is a dominant cluster of planets; just Saturn, Uranus, Neptune, and Pluto are not integrated into it. At this point in time, this main cluster was located in thebeginning degrees of Aquarius (if we were to keep using the tropical Zodiac division as the background), directly at and around the starting IC of the Voyager. The pictures and data that were transmitted via radio waves to the Earth at this time were unique. These also included strange sounds such as the atmospheric crackling of Jupiter's magnetic waves. Our picture of the giant planet became clearer and more distinct as a whole; from the geocentric perspective, Jupiter was just moving from Cancer into Leo.

The cluster's sign change of the Sun, Mercury, Venus, Earth, and Mars is also astrologically interesting. A complete passage of the planetary collection takes almost 11.5 years; it changes from one segment to the next once every year (using our computation of time). And the principle of sign reversal, as we know it from the Earth in the heliocentric chart, can also be applied here. So when Jupiter is in Cancer from our current perspective, all of the inner planets are usually in opposition in Capricorn.  When Saturn has just changed to Sagittarius, Uranus is still at 25° Pisces and Neptune is still at the end of Aquarius. But oddly enough, the Pluto position coincides almost exactly with our own. 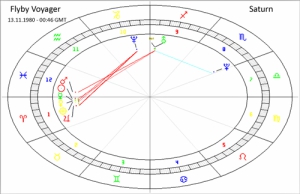 On November 13, 1980, Voyager then flew by Saturn – the old guardian of the threshold. And from the viewpoint of the Voyager probe, which has now taken Saturn's standpoint, it actually was a new beginning. Since the same basic principles apply and applied here. Since Saturn was in Libra at that time from the geocentric viewpoint, we can already conclude from this that all of the "inner" planets (to which Jupiter also belongs) were in Aries. And this is exactly how it was – just Mars "limped" somewhat behind (23° Pisces).

Yet, the Saturnal perspective was also ahead of our time in a certain sense: Uranus already in conjunction with the GC in Sagittarius (still at the end of Scorpio for us), Neptune in Capricorn (still in Sagittarius for us) and while we still saw Pluto in Libra, it was already moving to the beginning degrees of Scorpio from the Saturnal perspective. This also appropriately put it at the AC of the Voyager start as an expression of major and far-reaching changes. And that was also it for Voyager 1. In contrast to its sister probe that was also allowed to visit Uranus and Neptune, it now had to take the path to the outer regions of our solar system. The bell had sounded for the final phase.

For the past 33 years, it has been on this journey into interstellar space, out where even the Sun itself is just a light point in the dark universe. This is a journey of no return and with just one single goal: to explore the space between the suns. After numerous signs last year that Voyager 1 could have crossed another boundary, this has now been confirmed by the official agencies. Since around August 25 of last year, the little probe is supposedly already beyond the heliosphere.

Seen in astrological terms, it has therefore begun the last, twelfth phase of its journey – into a region that we cannot compare with anything that we know and with which we are familiar. So these are the Neptunian areas. But it is somehow still connected with these principles that are still valid for us. If we calculate the current position of Voyager 1 and transfer it to the earthly zodiac, the little probe stood at the so-called Termination Shock on December 17, 2004, at 13°24' Sagittarius, when it reached the boundary to interstellar space.

This is exactly where, at the precise arc minute, Neptune also stood at the beginning of its journey.