The Man Who Dances with Numbers 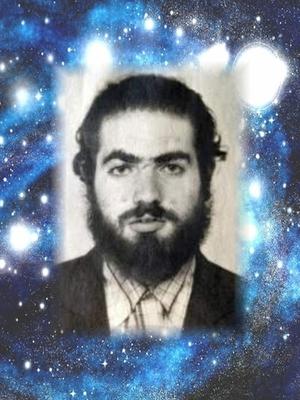 Myths about extraordinary people may take root most easily – like the roses around Sleeping Beauty's castle. A Gemini with Scorpio AC and Aries-Moon is one of these individuals who lives behind them in his very own cosmos of numbers. With a Mercury-Jupiter constellation in the 8th House, which like Mercury-Saturn is an astrological classic of comprehensive and conclusive intelligence, Grigori Yakovlevich Perelman of St. Petersburg is one of the most exciting figures in the otherwise chilly world of mathematics. According to the standards of these planets, he is a rather non-conformist recluse who wanted to grow his fingernails as long "as the Guinness Book of Records" (quoted by his former fruit vendor) and responded to a prize of one million dollars for solving the Poincare Conjecture (one of the seven "Millennium Problems") with a bare-knuckle rejection. Out of disappointment about the organized world of science. A book by Masha Gessen about the man who is perhaps the most intelligent living person of our age has now been published by Houghton.

Grisha is the name given to Perelman, the odd character, in the industrialized settlement where he now lives in an extremely modest ambience at his mother's place (Cancer emphasis). Due to his idiosyncrasies, he has repeatedly been compared with the ingenious mathematician John Forbes Nash, who suffered from schizophrenia and about whom the award-winning film A Beautiful Mind was made. It is strange that both were born on a June 13. Where Perelman, the prodigy who has become the wondrous exceptional figure of his discipline, has a Mercury-Jupiter in Cancer, John Forbes Nash has Mercury-Pluto in the 12th House. The planet of thinking in the challenging, large aspects to the slow-runners often denotes a very special talent that is sometimes reminiscent of obsessive mental gymnastics. Such constellations have been found time and again in the geniuses of the millennia -- Einstein also had a strongly incited Mercury and his Saturn, which can both structure and determine thinking (in a specific direction), was at the conjunction in Aries. It is especially conspicuous that mathematicians or physicists frequently have an emphasis in cardinal signs. After all, the mad drive must also come from somewhere. Here is a tidbit as an aside: Asteroid 50033, which is called "Perelman" after Perelman, stands exactly at Apex 6 in Taurus in his natal chart. Grisha practically adapts the surrounding world to himself -- and not himself to the surrounding world, in keeping with an old rule of thumb: The factor on the house apex dominates the sign.

A Gemini Sun, which is always good at breaking things up into their individual components, is certainly not an error as the foundation for the mathematical talent in Forbes Nash and Perelman – even if it seems to have a general intellectual disposition. After all, the intuitive assemblers among the ingenious minds tend to have a Jupiter or Neptune emphasis while the unbelievable analytics are clearly more Mercurial. Grisha Perelman and Forbes Nash have the connection of the two major access paths. The Russian (radix at right) goes through the Neptune (but this is not certain) on the AC (source data is missing for the precise time) into the intuitive areas; the connection of Mercury for the elevated Jupiter and his Mercurial Sun represents the "foreordinations" and the analysis talents while the Moon in sign of Mars provides the emotional "tinge."

The American also comes through the Sun and the fixated and probing Pluto to Mercury in the fixation: This corresponds with Perelman's Mercury in the 8th House and is located in the ivory tower of the 12th House. It may be that this is also associated with the disease of schizophrenia, the descent into the confused dream worlds of John Nash. Perelman, with Mercury-Jupiter in the solid water house, has greater psychological resilience. His constellation expands not only his thinking; in his case, this is also clearly the relationship with his home, his mother, and his private life. After all, every water sign has this tendency toward what is secret that allows them to slip more easily out of sight. In the case of the Russian mathematician, this went so far that he did not even shout his solution to the Millennium Problem from the rooftops but published it quite incidentally like a footnote. Without having accomplished anything, the ambassadors of the world retreated after he left them standing outside the door when they wanted to celebrate and pay him. Neptune at the AC sometimes consciously transmutes what may represent confusion for others into an existential concept of survival.

In general, the mathematician with this attitude had already been seen as a permeable loner as a child. He was supposedly never interested in friendships, just numbers. With the Sun in the 8th House and Mars in the 7th at the edge of the conjunction, through which the two of them form a square to Uranus and Pluto, Grisha Perelman is a multi-obsessed man, filled by an isolating to isolated drive that is located in mental spheres (Mars in Gemini in the 7th House tends to show aggression in the intellect and encounters instead of having a physical effect) and is ruled by impulses. Incidentally, both Perelman and Forbes Nash have the Aries Moon; this always gives an emotional bite to the analytic disposition and makes it relatively useless for a flowing integratedness into social contexts. The Martian (and the Aries) fight where the involved planets show it, which is preferable at the apex -- and alone. As a Jewish boy in Russia, Grisha tended to have problems with his pedigree (also Mars-Nessus) and always assumed a special position due to his high level of accomplishments. Even without being accepted, Grisha already studied at the university when he was 16 years old after he won prizes. This principle of promotion (which is connoted by Jupiter) also continued later. However: Unfortunately, he had no interested whatsoever in prizes.

Like John Forbes Nash (radix on the left), he solved mathematical intricacies that had long been considered unsolvable as an aside during his adventures in the mind from home, in its safe surroundings (which also is the result of an extremely active Mercury in Cancer). Grisha Perelman travels mainly in his mind from his sparsely furnished little room that still supposedly has no more than a table and bed in it. Here is one of his "most elegant" proofs, which unfortunately cannot be understood by non-mathematicians: The new solution of the Soul Theorem, which was already proven for the first time in 1972 by Gromoll (Aries-Mercury-Pluto square) and Cheeger (Sagittarius-Mercury opposition Mars and Pluto) and says, "...that a non-compact (meaning infinitely expanded), complete, non-negative curvature, n-dimensional Riemannian manifold M contains a compact, totally geodesic, totally convex submanifold S (called the "soul" of M by Gromoll, which is why it is the Soul Theorem), and that M is diffeomorphic to the normal bundle of S." (WIKIPEDIA). Whatever that may mean.

This is what the language of the soul may sometimes sound like for eccentric Mercurians with fiery additions. In addition to the Cancer attributes, the Aries emphasis of these especially talented mathematicians is legendary and also speaks for some of the outlandishness that may appear in their everyday life. As we know, Mars generally corresponds with the physical head and the contents of its brain -- which is a mechanical PC. Mercury gives the specific equipment in the sign as a hard drive with an operating system and the house then effectively provides the software for the inner programs. As is so often the case for geniuses, Perelman -- who has his very own mind in more than just the mathematical sense and regularly confronts the world as a recluse (Pisces-Saturn stands in the square to the actual talkative, communicative Sun with Neptune, as already mentioned, on the AC) -- does not really get along with the surrounding world and his environment. Pluto-Uranus in Virgo already makes adaptation difficult for his generation. Yet, he is still strident; he has currently decided to completely restrict himself and is unemployed in the sense of a customary job, even though every research facility would take him with the greatest pleasure.

At an early point in time, he refused to defend his habilitation and also published much too little -- for the taste of his fellow researchers when he still worked in the research community. All of this was ultimately too much for the defiant man so that -- under the Pluto opposition Sun in 2005 – he quit his institute and danced solely with numbers from that time on. Before he took this step, he told his boss that he was disappointed with mathematics. Time to try something else. People sometimes see him walking through the city with plastic bags, returning to the industrialized settlement where he lives as a devoted, extremely "obedient" son -- according to one of his early teachers. A strange man with extreme gifts of the mind, somewhere between a melancholic and a thinking machine.

This Grigori Yakovlevich Perelman, Mercury-Jupiter in Cancer, is simply peculiar. Someone who responded to the question of why he did not accept the prize money for the solving one of the seven Millennium Mysteries: "I know how to control the universe. Why would I run to get a million, tell me?"

Pictures:  The book by Masha Gessen on Grisha Perelman has been published by Houghton under the following title: "Perfect Rigor: A Genius and the Mathematical Breakthrough of the Century